Football in the Bay State!

It seems like only last week the city of Boston and surrounding areas were digging out from 8’ plus of snow amongst a flurry of never-ending blizzards. The calendar has flipped to August, which is a scary thought saying where we were just six months ago. As summer sadly begins to wind down, there are some silver linings and bright spots on the horizon. Fall brings out beautiful foliage, comfortable outdoor weather, fresh apple cider, and of course, the beginning of football season. Whether you are a fan of the defending Super Bowl champs, or devoted alumni of one of the many local college teams, there is a ton of upcoming action in the area. Here are some key dates for the fall kickoff! 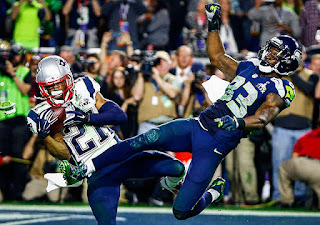 Fresh off of their 4th Super Bowl crown of this century, and a tad bit of controversy, the Patriots are looking to get back to their 7th title game of the Bill Belichick/Tom Brady era. Many familiar faces are gone including Darrelle Revis and Vince Wilfork, but a promising young group should provide a spark. The Pats take on their AFC rival Pittsburgh Steelers on Thursday September 10th on NBC’s opening night kickoff! 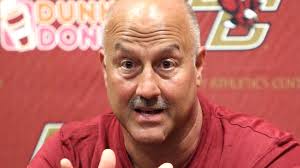 The Eagles look to continue to improve yet again under head coach Steve Addazio. The Chestnut Hill boys are coming off back-to-back bowl game appearances and are coming into this season ranked #56 in preseason rankings, not bad for a team that was in the lower 100’s a couple years ago. Looking to catch some good action this year at the heights? Florida State, Virginia Tech, and NC State headline the Eagles’ home schedule this year. 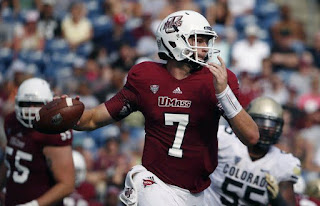 Since transitioning from FCS to FBS (Division I) it’s been a rough go of it for the Minutemen. However, the future in Amherst is looking brighter. Last year, UMass posted a 3-9 record which may not look like much, but it’s progress after back-to-back 1-win seasons. On top of that, 4 of those defeats came within the last few seconds. Quarterback Blake Frohnapfel finished in the top 5 in all of college football last year in passing and looks to build on it yet again.

Don’t forget there are over 150 high schools in the Eastern Massachusetts area that play under the lights each Friday night! You can also catch the action of the many local Division II & III universities. Happy fall football lovers!
Posted by Corcoran Management at 4:37 PM No comments: