Staying Safe During the Blizzard of 2015 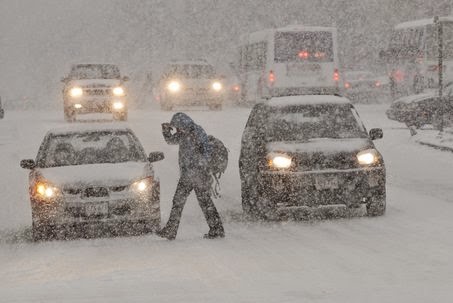 Like Cape Cod in the summer, and apple picking in the fall, a blizzard-esque storm in New England is a yearly tradition. This year is no joke either, the so-called “Blizzard of 2015” is expected to begin tonight at roughly 7:00PM and continue until 1:00AM on Wednesday. Massachusetts Emergency Management Agency is calling for all drivers to be off the road tonight and considering overnight driving as “life threatening”. Counties throughout Eastern Massachusetts can expect anywhere from 20 – 30” and possibly even more in total accumulation. South Shore and Cape Cod residents will also have to deal with extremely high and dangerous winds that could see gusts up to 65 MPH. We wanted to provide a simple checklist for how you can be prepared for the storm this year. Below are some of the suggestions from the American Red Cross on how you and your family can prepare for a storm that could last for a couple days:

Water: provide yourself with at least a 3-day supply of drinking water. One gallon per person per day

Flashlight: A must need in case the power goes out. Also be sure to prepare with extra….

Batteries: aside from a flashlight, batteries serve a number of simple household uses

First Aid Kit: walking outside could be slippery and dangerous, it never hurts to have anti-biotics on standby

Fully-Charged Cell Phones: If the power goes out, the only source you will have left is your cell phone, which die quite frequently

Full Tank of Gas: A very underrated part of preparation. Depending on a certain storm it could serve a benefit to have a full tank in case you have to evacuate or head to a safer location at a later point

Extra Cash: Cash is king, especially in a storm. While ATMs may go down and credit card machines won’t be able to process, it never hurts to have the most simple form of currency

Warm Clothing & Gloves/Hats: Even if your heat is top-notch power outages may not allow you to use the heat. Keep warm with extra layers, a pair of gloves, and a winter hat.
Posted by Grace Corcoran at 11:34 AM
Email ThisBlogThis!Share to TwitterShare to FacebookShare to Pinterest