Each year thousands of managerial, marketing, leasing, and maintenance professionals from the multifamily apartment industry descend upon one chosen city to enhance and celebrate their knowledge at the National Apartment Association’s (NAA) Education Conference and Expo. Six employees travelled to majestic Denver, Colorado to represent Corcoran Management a the 2014 Conference. 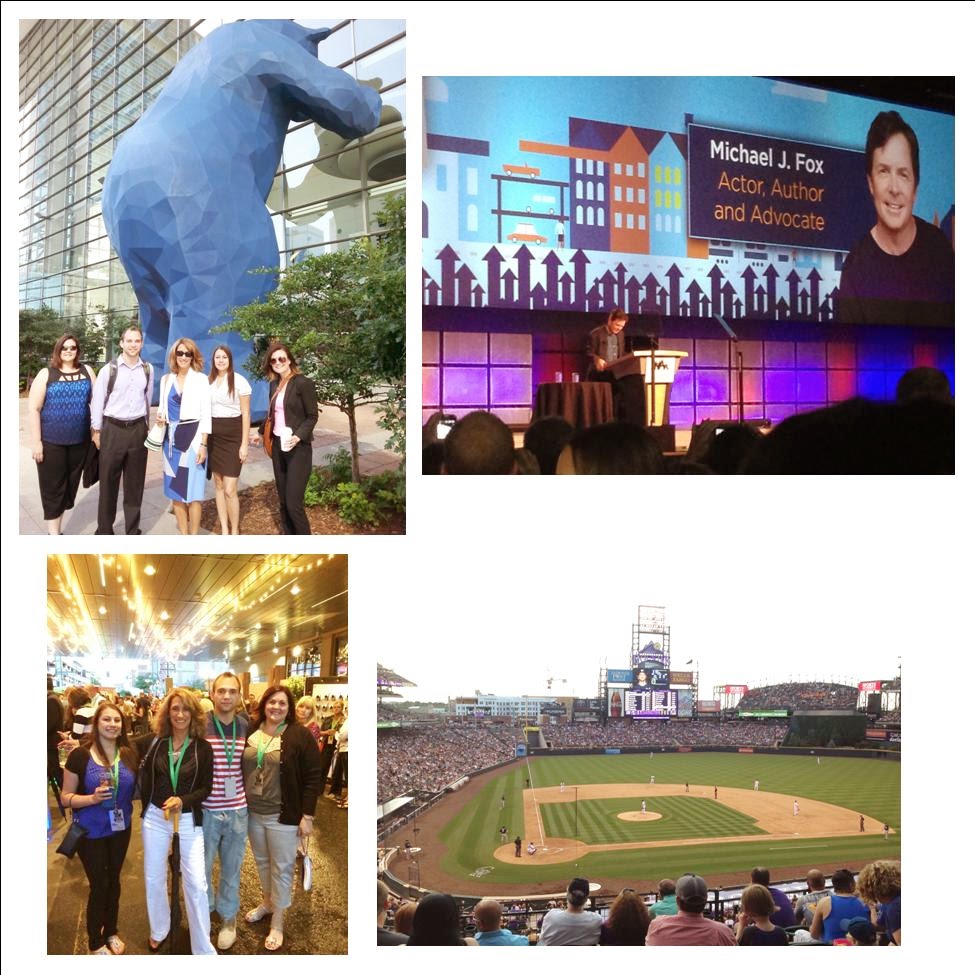 NAA provides conference attendees the best education on multifamily practices as well as inspirational guest speakers and a  entertaining atmosphere. The NAA committee hit a grand-slam this year with its selections for the general session speakers. On Thursday, an NAA record attendee crowd of over 7,800 got to listen to the stories and words of inspiration from actor, comedian, and humanitarian Michael J. Fox. His tales of family, triumph, and continued fight against Parkinson’s Disease captivated the entire audience. Friday’s general session offered two speakers who many have seen on ABC’s “Shark Tank”: New York real estate mogul Barbara Corcoran and Kevin Harrington who is considered to be the founder of infomercials and a pioneer in the advertising industry. Both Barbara and Kevin relayed their stories of struggles and successes, both personally and professionally.

The multifamily industry has thousands of nationwide vendors looking to connect with their client base as well as expand their service and network. The trade show gave Corcoran employees a chance to meet and greet, vie for prizes and giveaways, and learn about the newest products in technology and productivity in the multifamily housing industry.

Aside from the educational experiences at the conference, Corcoran’s employees got to enjoy the breathtaking natural beauty of the city of Denver and the surrounding Rocky Mountains. The city offers tremendous nightlife, retail therapy, exquisite restaurants, and many other attractions. On Friday many took in the Rockies vs. Brewers game at Coors Field, considered one of the finest parks in Major League Baseball.
Posted by Corcoran Management at 1:30 PM No comments: