A Happy Thanksgiving To All!

If you're traveling today, like the millions around the country, you're sure to hit some form of traffic, whether on the roads, the railways or up in the sky. After this massive storm front passes, almost the entire country, from California to Maine, will have been impacted by this storm to some degree. Despite mother nature's best attempt to derail those traveling this week, Thanksgiving is set to be another fantastic holiday!

Millions around the country will gather with friends and family to show their thanks for the great things we have in life. It's often taken for granted on a daily basis the freedoms and liberties we have. Thanksgiving serves as the perfect time to reflect on caring for one another and to appreciate what we are gifted with. All of us here at Corcoran would like to wish a Happy Thanksgiving and safe travels to all!

P.S. Will the Lions actually win their thanksgiving day game this year?
Posted by Corcoran Management at 1:26 PM No comments:

Catching Up With Corcoran!

Two of Corcoran’s Property Managers have just completed a major step in their Institute of Real Estate Management (IREM) education. Ed Sullivan, manager at Shrewsbury Commons, and Erin O’Connor of Weymouth Commons were each honored with their Certified Property Manager (CPM) designations. Earning a CPM designation requires managers to devote many additional hours to various courses on real estate ethics, resident relations, financial reporting and management planning. We would like to congratulate both Ed and Erin on their hard work and would like to wish them continued success with Corcoran Management Company!

This past Wednesday, a number of Corcoran’s employees  attended the 28th annual benefit dinner for Caritas Communities, a non-profit dedicated to providing housing for the working poor. Former Channel 5 Meteorologist David Brown served as the host for the evening gala that featured the stories of hardship and survival from three former US Military servicemen who overcame homelessness with the help of Caritas staff. P. Leo Corcoran, one of the founders of John M. Corcoran & Companies, established Caritas Communities in 1985 at a time when the number of homeless individuals was at a record high. Throughout his life, Leo dedicated endless resources and time to assure that those in need of affordable housing would have a comfortable place to call home. This year Jack Connors Jr., a founding partner of Hill Holliday, received the P. Leo Corcoran Humanitarian Award in memory of the service and commitment that Leo displayed through his work with Caritas and other local charities.
Posted by Corcoran Management at 4:35 PM No comments:

Giving Thanks on Veteran's Day! 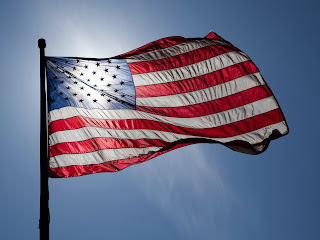 Today is a day to pay our respects and show appreciation for the military servicemen and women who have proudly served this country and sacrificed to help preserve our freedoms. Roughly 1.1 million American citizens are enlisted in the US Army, Marine Corps, Navy, Air Force or Coast Guard. Of those 1.1 million, many have fought overseas in battle. The brave souls who are willing to leave behind their friends, family and home lives and head overseas with their military brothers and sisters make the ultimate sacrifice for their country. Veteran’s Day is a special day in which we honor our brothers, sisters, fathers, mothers, sons, and daughters who have fought for our country. If you know someone who served in battle, give them thanks and let them know that they are true definition of “heroes”.

We send our thanks to all veterans and active duty military personal. Thank you for your commitment and sacrifice for this country!
Posted by Corcoran Management at 3:08 PM No comments:

Congratulations to Janet Hines, 2013 NAHMA Professional of the Year Winner!

Recently, Janet Hines, Property Manager at Hanover Legion in Hanover, Massachusetts was honored as the recipient of the National Affordable Housing Professional of the Year for the New England region. The Professional of the Year award honors dedication to resident’s needs, commitment to a healthy resident lifestyle, fulfilling financial goals and honoring affordable housing policies and programs.

A dedicated employee of Corcoran since 1997, Janet has demonstrated true professionalism throughout her tenure at Corcoran. Whether working with her elderly residents, assisting a fellow employee with an unfamiliar task, or coordinating with local affordable housing officials, Janet always strives to go the extra mile. Janet began her career managing Kent Village, a busy and challenging family-based community in Scituate, Massachusetts. Throughout her career at Corcoran, Janet has continuously advanced her education and understanding of affordable multifamily practices, budgeting techniques, and how to promote a terrific quality of life for her residents.

Some of Janet’s finest work can be seen in the charitable donations and programs that she has run at her properties throughout her Corcoran career. Through various toy, book, clothing and school supply charity drives, Janet has shown an eager willingness to provide better education materials to her resident’s children. Janet has also put together campaigns to help stock food pantries throughout the South Shore. After the tragic events at the Boston Marathon this past April, Janet worked with her residents as well as Hanover Legion’s board of directors to put together a charity drive that raised over $1000 for the One Fund Boston.

All of us here at Corcoran are proud to know and work with Janet Hines. We feel she was a terrific recipient for the NAHMA Professional of the Year and will continue to display her terrific qualities!
Posted by Corcoran Management at 4:28 PM No comments: